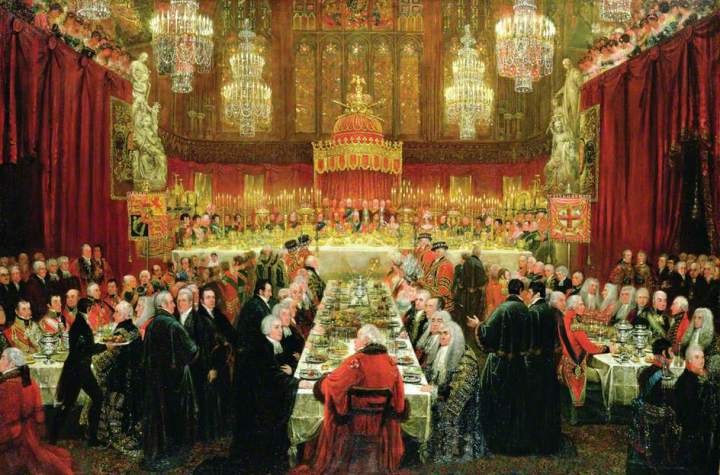 It’s my pleasure to welcome back Joanne Major and Sarah Murden to my cozy drawing room today. Joanne and Sarah have recently released their second book, A Right Royal Scandal: Two Marriages That Changed History. I was thrilled to receive an advanced reader copy of this book and highly recommend it. If you enjoy reading biographies about fascinating people from the 19th century, you should check it out.

So without further ado, take it away Joanne and Sarah.

Thanks for having us, Laurie. We thought this tidbit about the Regency era might interest your readers. The Prince Regent was the figurehead for the visit of the allied sovereigns to England during the Napoleonic Wars. The Tsar of Russia, the King of Prussia and other European sovereigns landed at Dover on the 6th of June 1814 to celebrate the Peace of Paris and the abdication of Napoléon Bonaparte, who had been exiled to Elba. Lord Charles Bentinck who was the prince’s friend, equerry, and putative former son-in-law was a constant presence throughout the festivities and was often found at the prince’s side. This painting of the visit shows the young Prince Augustus of Prussia (on the left hand side of the portrait) turning his head to speak to Lord Charles who is standing directly behind him.

Lord Charles Bentinck was a widower. His late wife Georgiana Augusta Frederica Seymour was the daughter of the infamous eighteenth-century courtesan, Grace Dalrymple Elliott and–reputedly–the young Prince of Wales, later George IV. The prince certainly thought Georgiana was his daughter and privately–if not publicly–acknowledged her as such. The Bentincks had one young daughter. Tragically Georgiana had died in December 1813 following complications after a fall when once again pregnant.

When the ship carrying the sovereigns docked at Dover and the crowned heads of state were met by Lord Yarmouth, the Earl of Rosslyn and Lord Charles Bentinck, who escorted their guests, together with a detachment of the Scots Greys, to a nearby house marked for their reception while the guard of honour discharged their cannons. The Prince Regent’s younger brother, William, Duke of Clarence (later William IV) was also in attendance and gave a sumptuous banquet. The next day the retinue started for London and more celebrations. Lord Charles played a role in coordinating the festivities, particularly looking after the Prussian delegation led by King Frederick William III for whom he was appointed the temporary chamberlain. At the ensuing court at Carlton House, the Prussian king and his family were conducted to the regent’s side by Lord Charles Bentinck.

There were banquets, state visits and jaunts to the racecourse at Ascot, and all the while Lord Charles danced attendance on the Prussian party until finally the sovereigns arrived at Portsmouth ready to embark on board their ship to return to mainland Europe. The Duke of Wellington, who looked extremely well, if a little thin and sunburnt following months of campaigning on the battlefields of Spain and France, arrived in a coach and four to the sound of a band playing See the Conquering Hero Comes and shouts of ‘Long live Wellington’. Before the Prussian king left England, he presented Lord Charles with a boxed set of diamonds worth £500 in gratitude for his attendance as chamberlain upon him.

Perhaps, in time, these diamonds were worn by the second Lady Charles Bentinck? A year later Lord Charles was conducting a clandestine affair with the married Lady Abdy who was thought to resemble his first wife. Her husband, Sir William Abdy, was reputedly the richest commoner in England but he was no match for his spirited wife. Anne, Lady Abdy and née Wellesley, was the niece of the Duke of Wellington. Her father was Wellington’s elder brother, Richard, Marquess Wellesley and her mother a former Parisian opera dancer, Hyacinthe Gabrielle née Rolland, who had been Wellesley’s mistress for many years; he had only married her after the birth of their five children. When Lord Charles Bentinck and Lady Abdy eloped in 1815, only a short time after Wellington’s victory at Waterloo, the gossips whispered that it was no wonder Lady Abdy had behaved as she did…

Thanks, ladies, for introducing us to Lord Charles Bentinck and his scandalous life. As an aside, when Tsar Alexander I came to England for the celebration, he stayed with his sister Catherine Pavlovna, the Grand Duchess Oldenburg, at the Pulteney Hotel in Piccadilly. If you’re interested in finding out more about the hotel, I wrote an article about it. Just click on the name of the hotel to read it.

More about Joanne and Sarah: 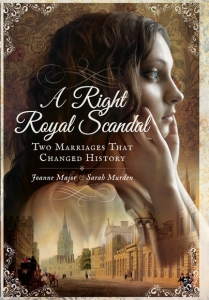 Almost two books in one, A Right Royal Scandal recounts the fascinating history of the irregular love matches contracted by two successive generations of the Cavendish-Bentinck family, ancestors of the British Royal Family. The first part of this intriguing book looks at the scandal that erupted in Regency London, just months after the Battle of Waterloo, when the widowed Lord Charles Bentinck eloped with the Duke of Wellington’s married niece. A messy divorce and a swift marriage followed, complicated by an unseemly tug-of-war over Lord Charles’ infant daughter from his first union. Over two decades later and while at Oxford University, Lord Charles’ eldest son, known to his family as Charley, fell in love with a beautiful gypsy girl, and secretly married her. He kept this union hidden from his family, in particular his uncle, William Henry Cavendish-Scott-Bentinck, 4th Duke of Portland, upon whose patronage he relied. When his alliance was discovered, Charley was cast adrift by his family, with devastating consequences.

A love story as well as a brilliantly researched historical biography, this is a continuation of Joanne and Sarah’s first biography, An Infamous Mistress, about the eighteenth-century courtesan Grace Dalrymple Elliott, whose daughter was the first wife of Lord Charles Bentinck. The book ends by showing how, if not for a young gypsy and her tragic life, the British monarchy would look very different today.

For more information about Joanne and Sarah’s books, just click these links.